Laura is an Italian born singer raised in Sweden. She started her career in the soul and R&B genre, but with her very own and original way of singing. A strong, epic and very powerful voice, warm and recognisable. She is able to colour every song with details that make her interpretations special and distinctive by her unique voice. 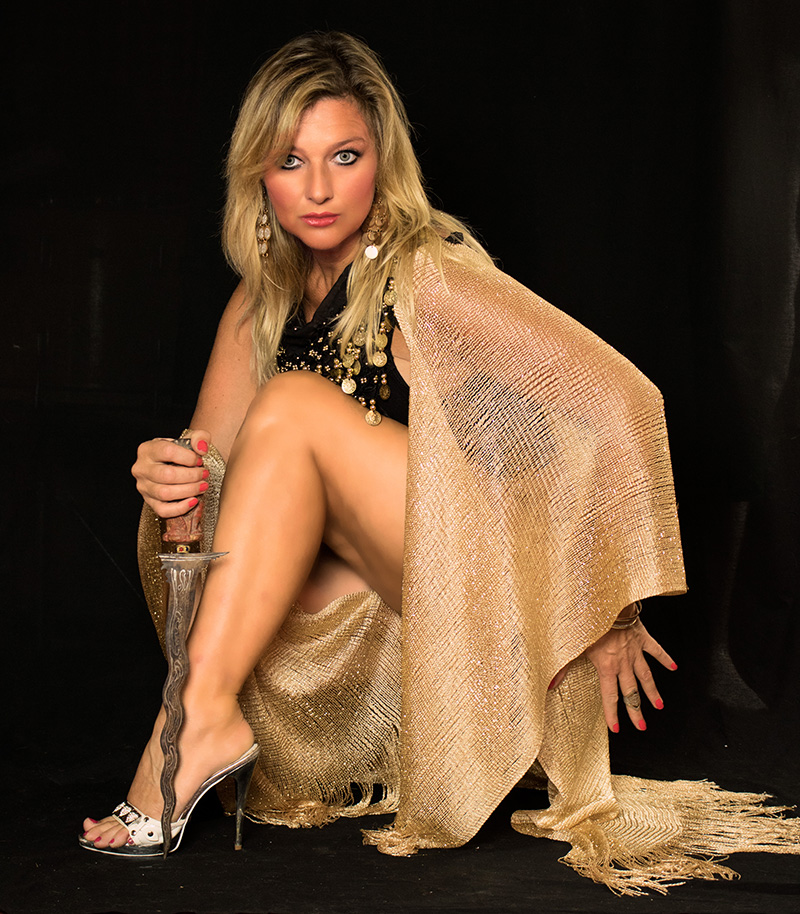 The wide vocal range makes her voice perfect for several musical genres, going over from warm alto to powerful mezzo soprano and soprano singing.
She took part in two Italian TV contests winning them both.

Over the years, her enthusiasm and the power of her voice took her to work with the principal Italian international-oriented dance labels like: Time Records, Dig It international, Flying Records, UMM and more. Also, the famous DJ Alex Gaudino made a remix of a song called “Emergency” produced by Al Barbero’s Rockhattle Music Studio and Flying Records.
After years of dance collaborations, she started to perform live around Northern Italy and abroad with UKD Project, which produced 2 albums “Beyond Two Worlds” and “The Moon and the Water”. As the genre changed, she oriented her vocal approach to a totally different way of singing. The adaptability to pass from one genre to another is one of her greatest strengths.

In 2016 she met Clive Nolan, an internationally acclaimed British progressive rock musician and the author of numerous rock operas and musicals. This has quickly turned out to be the dream she had been waiting for, and the two began the collaboration leading up to the recording of their first rock album together: “From the Outside In”.

Laura took part in Clive’s “Beyond the Veil” festival in the UK in 2017, where she performed live a duet “Don’t Forget to Breath” together with the singer of the prog-rock band Arena, Paul Manzi.

In 2019 Laura was asked to take part in Clive’s next musical Alchemy 3 – The Mortal Light in the role of the Viking demigod Makaria. The musical has been officially accomplished in July 2021 and will be revealed in 2022 (CD & live presentation).

In the same year the French musician and producer Eric Bouillette Perso has build the project “Imaginaerium” to record a concept album “Rise of Medici”. This project was inspired by Laura’s rock voice and the epic story of the influential Italian Dynasty of the Medici Family.
In 2021 Laura starts also to work with the Italian multi-instrumentalist, singer and songwriter Jerry Cutillo and his band OAK (Oscillazioni Alchemico Kreative) as guest vocalist on his forthcoming album “Tesla”.

And the journey continues….

Per l’Italia (only for Italy)

For other countries please order at:
shop.caamora.net

This website uses cookies to improve your experience while you navigate through the website. Out of these cookies, the cookies that are categorized as necessary are stored on your browser as they are essential for the working of basic functionalities of the website. We also use third-party cookies that help us analyze and understand how you use this website. These cookies will be stored in your browser only with your consent. You also have the option to opt-out of these cookies. But opting out of some of these cookies may have an effect on your browsing experience.
Necessary Always Enabled
Necessary cookies are absolutely essential for the website to function properly. This category only includes cookies that ensures basic functionalities and security features of the website. These cookies do not store any personal information.
Functional
Functional cookies help to perform certain functionalities like sharing the content of the website on social media platforms, collect feedbacks, and other third-party features.
Performance
Performance cookies are used to understand and analyze the key performance indexes of the website which helps in delivering a better user experience for the visitors.
Analytics
Analytical cookies are used to understand how visitors interact with the website. These cookies help provide information on metrics the number of visitors, bounce rate, traffic source, etc.
Advertisement
Advertisement cookies are used to provide visitors with relevant ads and marketing campaigns. These cookies track visitors across websites and collect information to provide customized ads.
Others
Other uncategorized cookies are those that are being analyzed and have not been classified into a category as yet.
SAVE & ACCEPT
Powered by